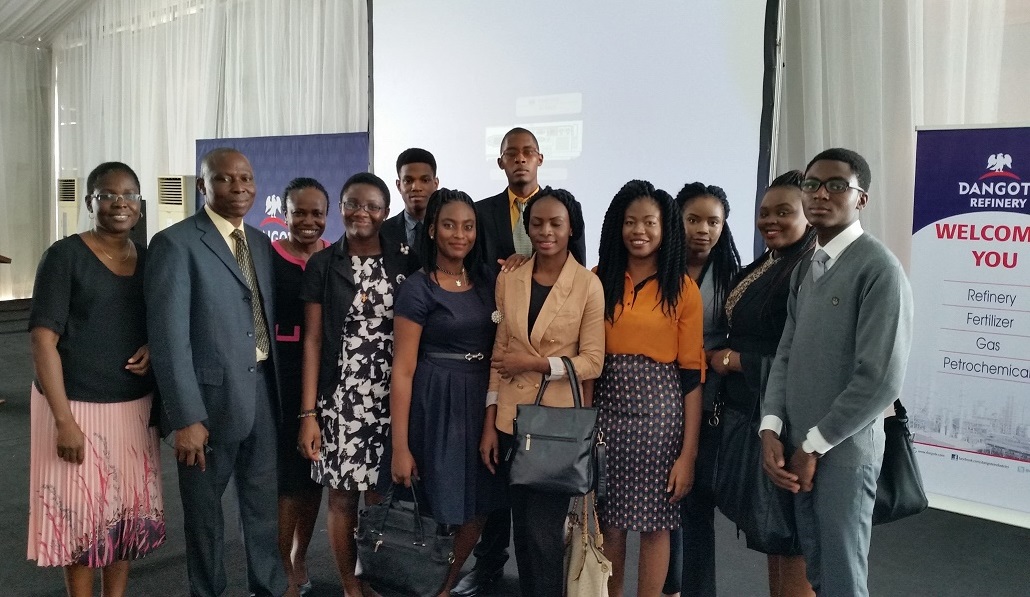 Some of the pioneer Students of Augustine University Ilara in company of the Ag. Dean, Students’ Affairs, Dr.Omobosede Fashedemi and other Lecturers attended an interactive session with Alhaji Aliko Dangote, the Chairman, Dangote Group of Companies on the 17th of October 2016 The parley was facilitated by Dr. Henrietta Onwuegbuzie, a Senior Lecturer of Entrepreneurship on the Executive MBA (E/MBA) and Executive Management programs at the Lagos Business School. The event which took place at the Dangote Refinery in the Lekki Free Trade Zone had a series of lectures aimed at informing participants on some specific details about the refinery. It was gathered that the refinery occupies about 2,200 hectares (twelve times more than Victoria Island) with a labour force capacity of 60,000 people. Some other projects taking place on the site include the petrochemical project, the Urea plant for the production of fertilizer. Also a project involving the pipeline transfer of gas from Bonny through Olokonla to Lekki which will supply gas to generate 12,000 W of power to other ongoing projects is underway. The Students were conducted on a tour around the refinery to see all the ongoing projects and equipment on site. A tour which lasted over an hour. Participants at the event were treated to a buffet lunch by the Chief host himself, Alhaji Aliko Dangote. At the lunch, Alhaji Dangote took out time to address everyone; enumerating the track records of his business. He also advised the younger members of the audience to work and study hard as the future of our nation is bright in spite of the present recession. Other members of Staff who accompanied the students to the event are Mrs. Rukevwe Olughor and Dr. James Onyeashie