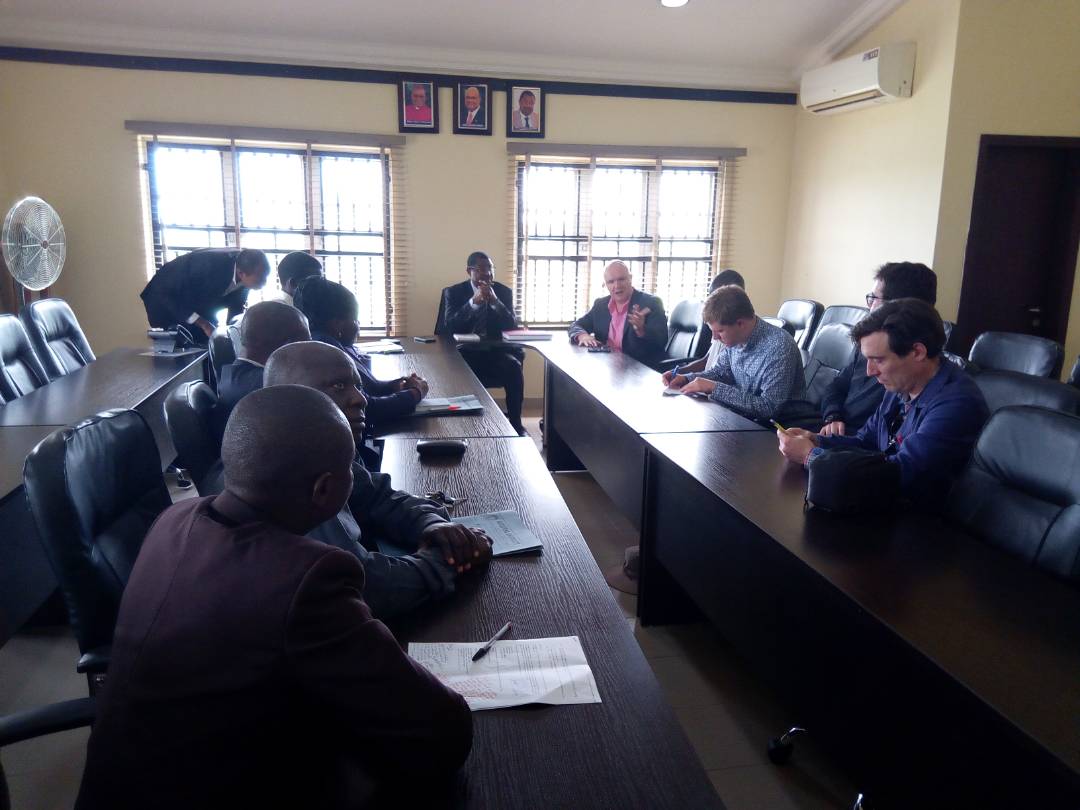 The team of archaeologists exploring the history of Ife-Sungbo paid another courtesy visit to the University on May 17, 2018 to explore ways they can partner with AUI in the establishment of an archaeology programme in the University.
The team consisting of the leader, Professor Gerard Chouin, Dr. Geoffroy De Saulieu, Ayodokun Osuolale Joseph, Tomos Evans and JohnLuke Rychlik was received by the Vice-Chancellor, Prof. Steve Afolami; the Registrar, Mrs. Margaret Aziba; the Bursar, Mr. S. Alabi, the University Senior Librarian, Mr. Oshilalu and other prominent academic staff.
The team is still in search of answers to the lives of those who resided within the precincts of Sungbo Eredo embankment which spans from Ile-Ife to Eredo, in Epe, Lagos and cuts across a section of the University campus.
According to Prof. Chouin, the purpose of the visit was to advance their work as well concretize the relationship between the University and their parent university, William and Mary, Virginia in the United States by re-ascertaining the vision of establishing an archaeology programme and how they could help in setting it up.
Prof. Chouin suggested having an interpretation centre on the Ife-Sungbo project on the University campus in the form of a museum of artifacts collected from the project as well as publications on the language and culture of those who lived in the area for posterity.
The Vice-Chancellor while welcoming them expressed the pleasure of the University in hosting them again.
He added that the University was ready to work with the team from William and Mary in actualizing the goal of a viable archaeology programme that would be conjoined with other programmes such as International Relations to make it attractive to prospective students.
He however disclosed that this cannot commence until the re-accreditation programme by National Universities Commission was completed.