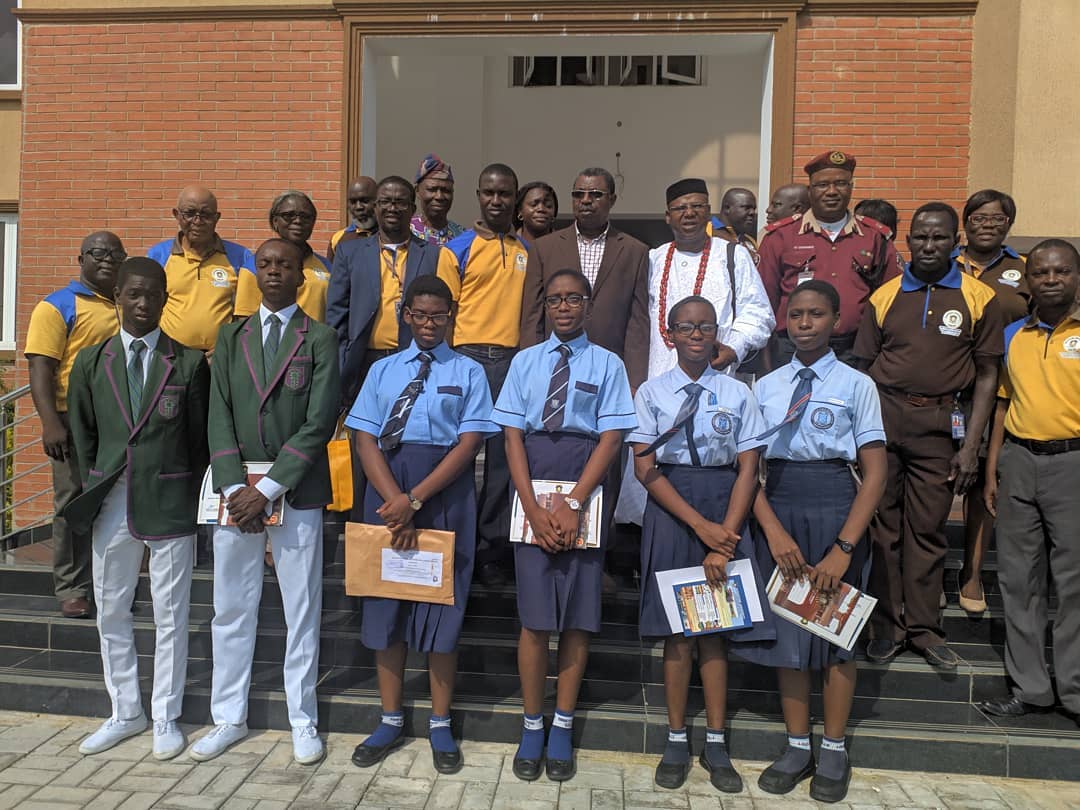 The maiden edition of the Augustine University Ilara Mathematics Competition for Secondary Schools (AUIMACOSS 2019) which was tagged “π day 2019,” held on July 22, 2019.

The event, a brain-child of the Department of Mathematical Sciences of the University, had a good turn-out from schools in and around Lagos.

In his welcome address, the Vice-Chancellor, who was the Chief Host and Chairman of the event, highlighted the importance of the study of basic and applied sciences to the nation and added that students who have chosen to study these courses should be encouraged.  The Guest Speaker, Professor Wasiu Gbolagade, who was represented by Dr. Rotimi Hassan, in his speech, he also added that if people took time to study Mathematics, they would see that Mathematics was life.

In addition, the award for the best school went to Marywood Girls College, with an average of 75 points, followed by St. Gregory’s College with 71 points and Louisville Girls High School with 64 points to clinch the third position.