VC Pays Courtesy Visit to The Alara of Ilara

The Vice-Chancellor of Augustine University, Professor Christopher Odetunde led a high –level University delegation to the palace of the Alara of Ilara, His Royal Majesty, Oba Olufolarin Olukayode Ogunsanwo on a courtesy visit to the King, who ascended the throne of his ancestors in August 2020.

It was the first visit of the Vice-Chancellor, after his appointment in October 2020. It was an opportunity for AUI management to discuss ways the host community and the University could synergize for the growth and progress of both.

In his speech, the Vice-Chancellor mentioned ways the members of the community could take advantage of facilities in the University such as the health center, library and sport facilities.

In response, the Alara appreciated the Archdiocese of Lagos for finding the community worthy of establishing the University in, while acknowledging that AUI is the largest single investment In Ilara for now.  He prayed for the continuous growth of the University, even as he pointed out that the University was not receiving enough media attention.

He also spoke on the employment of indigenes who are graduates, which he hoped will coincide with the expansion of the University.

The Vice-Chancellor assured that if there were eligible indigenes who would meet employment criteria, that they would be considered.

He appealed that the Alara should discuss with notable Ilara indigenes and encourage them to invest in the University by building structures that would immortalize them.

The Alara prayed for the success of the Vice-Chancellor’s tenure and announced that it was the beginning of a new dawn between Ilara community and AUI.

Other members of the high level delegation included the Registrar, Mrs. M. Aziba: the Principal Librarian, Mr. A. Oshilalu; the Deans of the two faculties, Professor A. Ajayi and Professor J. Omoregbe; the Acting Dean of Student Affairs, Dr. R. Olughor, the Director of Operations, Dr. E. Ogundele (Rev. Fr.), the Chief Security Officer, Mr. O. Daramola, S.E.O., Registry, Miss A. Ajuka and  a staff of the Public  Relations Unit, Miss A. Adewumi. 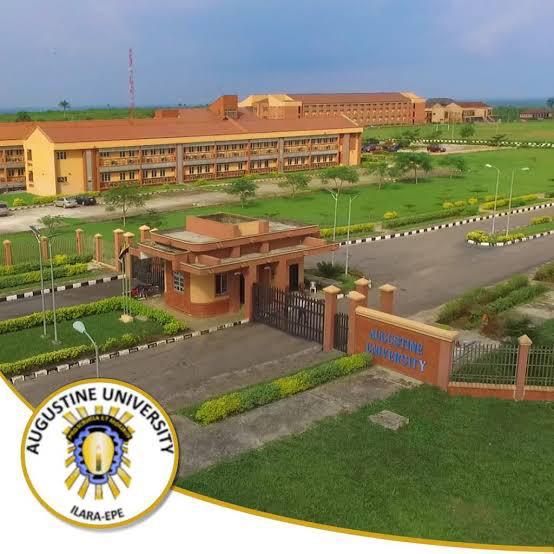