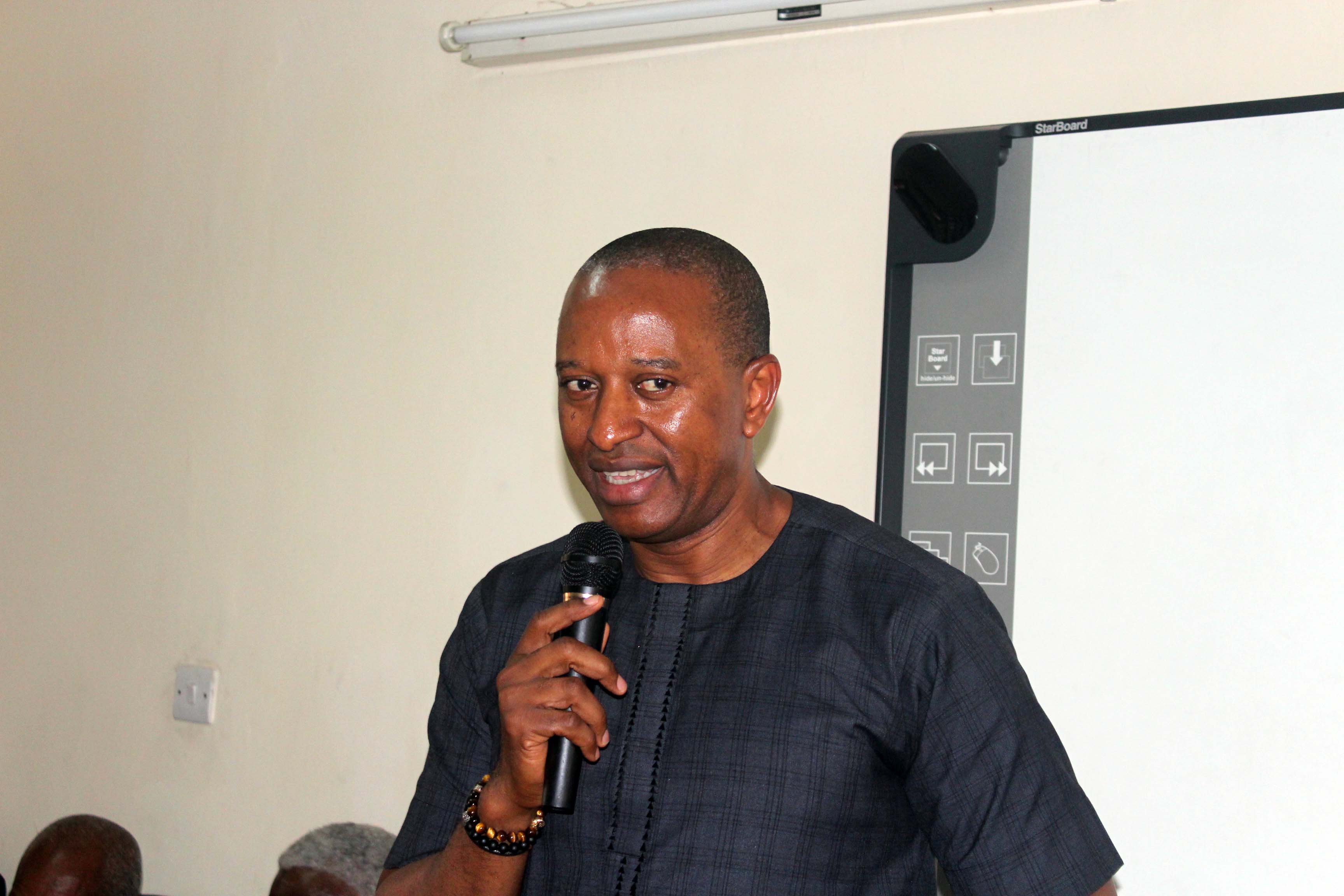 The title of the lecture was “Becoming an Entrepreneur: My Personal Story,” which was delivered by Mr. Anselm Tabansi, the Managing Director/Chief Executive Officer of Svengali Designs Limited and Fahrenhiet Hospitality Limited.

The guest lecturer delved into his humble beginnings, narrating how he started as a lawyer and how he later became a creative Interior Designer. He advised that to become a successful entrepreneur, certain qualities were required and these include boldness, emotional intelligence, patience, resilience and above all, passion.

Participants at the lecture had the opportunity of asking questions on some of the points raised by the guest lecturer which he readily proffered answers to. The lecture had in attendance, students of the University as well as members of Staff.

Mr. Tabansi thanked the University management as well as the Faculty of Humanities, Management and Social Sciences for the opportunity given to him to give the lecture, which according to him, was his first since becoming an entrepreneur.

He further disclosed his awe at the wonderful environment which the University boasts of, especially the cleanliness.

A group photograph was taken with the participants and afterwards, Mr. Tabansi was led to the Vice-Chancellor’s office, where he met with the Vice-Chancellor who expressed delight at having him around; they had a brief chat after which the guest lecturer signed the visitors’ register.