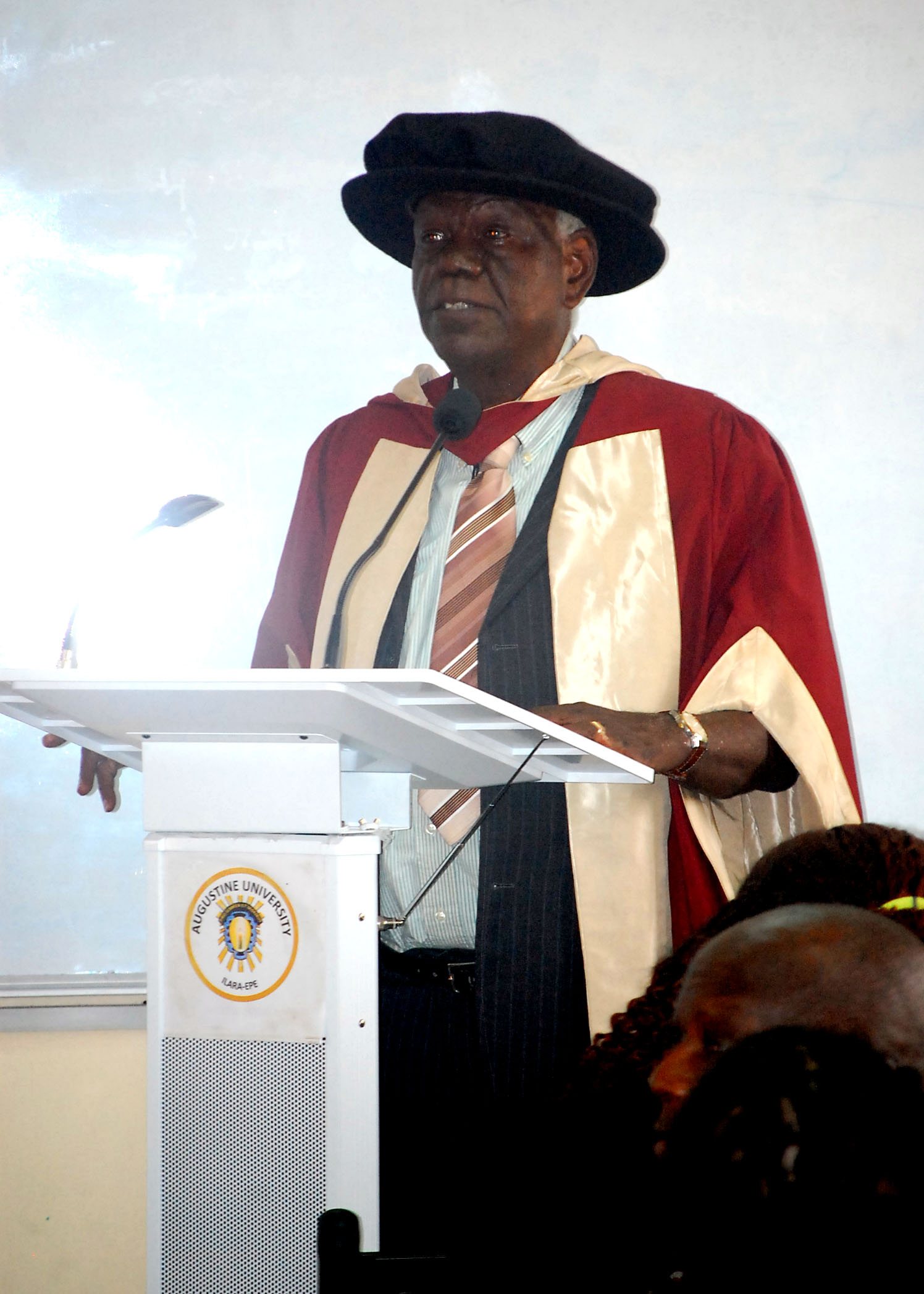 The second academic seminar of the Augustine University, Ilara was held on the 24th of May, 2017. The seminar, which was titled “The Name “Game” in Biological Science-Biological Nomenclature,” was delivered by Professor Michael Soladoye, the Dean of the Faculty of Science.

According to Professor Soladoye, there is a need to name each organism, as it is difficult to refer to an organism which has no name. He also mentioned that naming is one of the five fundamental objectives of taxonomy; the others are describing, classifying, identifying and determining relationships of organisms.

Furthermore, he stressed the importance of taxonomy, which he said is the pedestal on which biology is built. He also said that the relevance of taxonomy extends to other sciences as well and at the same time is dependent on them. The duty of the Taxonomist is to name, classify and identify all organisms whether they are potentially useful or not.

The seminar was well attended by students of the University as well as members of both the Academic and Non-Academic Staff. The Vice-Chancellor seized the opportunity to formally announce the setting up of a committee that would oversee the organization of the University lectures and seminars.  The members of the committee, according to him would be made known in due course.