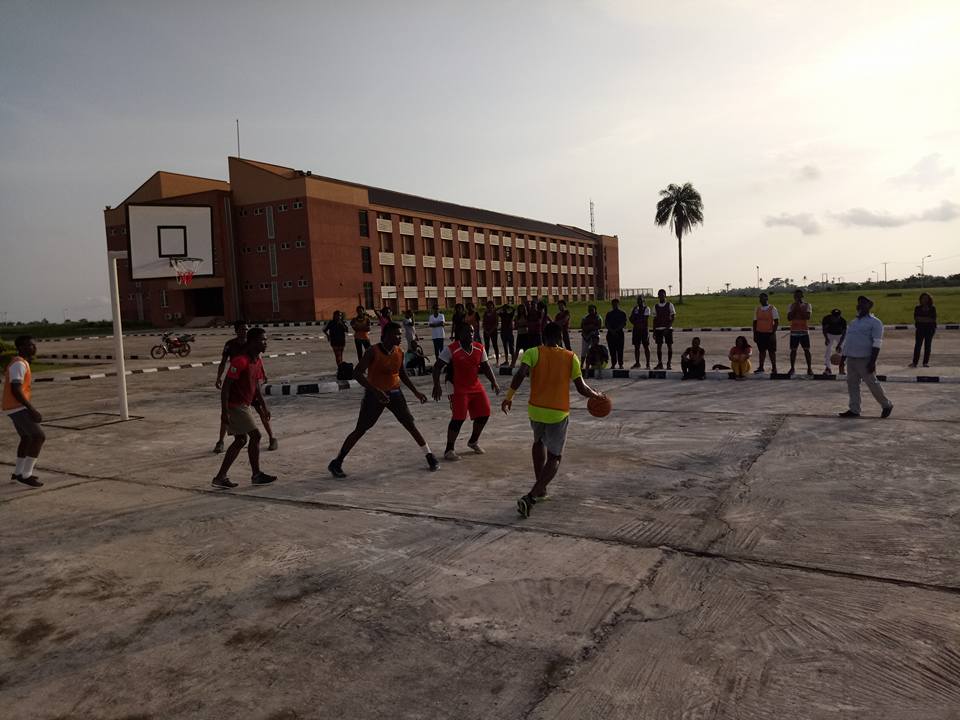 As part of the ongoing sports competition in Augustine University, the basketball games were played on the 29th of June, 2017. The matches, which were officiated by a lecturer, Dr. Philip Edema were won by Team B, who proved their superiority over Team A in both the male and female categories. Currently, Team B leads the overall competition with a total of 18 points, while Team A has 9 points. The competition continues next week as the teams battle for more points in the games of Chess and Scrabble.