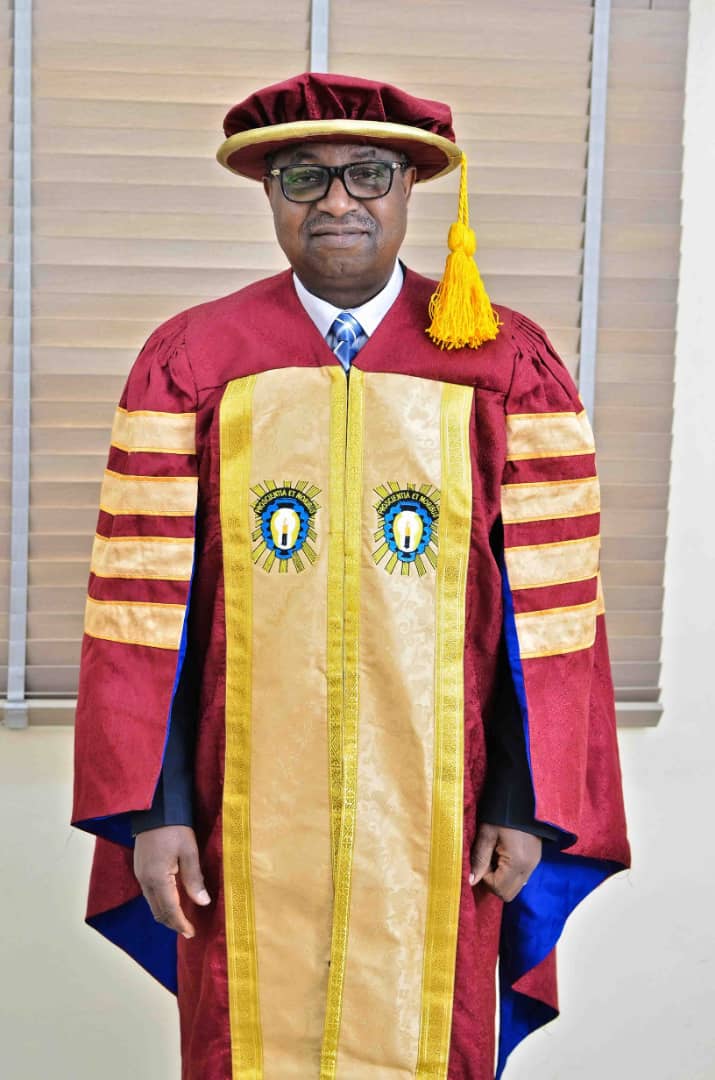 The pioneer Vice-Chancellor of Augustine University, Professor Steve OlaOluwa Afolami’s tenure which commenced in 2015, came to a glorious end with a valedictory Senate meeting which held on Thursday 24 September, 2020. The Senate meeting, which he chaired, considered and approved the results of Second Semester examinations of the just concluded 2019/2020 Academic Session.

Professor Afolami’s tenure as pioneer Vice-Chancellor was one that could be said to have come with its attendant challenges, but with the wealth of experience he brought on the job, AUI witnessed tremendous developments. Notable among these was the successful graduation of the pioneer set of students in October 2019; the construction and commissioning of the electricity sub-station and installation of the Automatic Voltage Regulator, which allowed the campus community access to public power supply, thereby putting a stop to the sole reliance on the power generators, with its attendant costs.

His Internal Generated Revenue initiatives gave rise to the construction of six massive fish ponds which currently serve commercial purposes of the University and the Farm Unit, whose flagship product, the AUI garri has come to be loved by many.

During his tenure, AUI secured a N40, 000, 000 endowment from the Estate of late Mrs. Abimbola A. Omololu Mulele to promote advancement in agriculture.

A high point was the granting of permanent operational license to AUI by the National Universities Commission, in addition to the accreditation of the courses offered in the University.

Professor Afolami’s belief in human capital development as a panacea for institutional growth was evident in the series of trainings received by all categories of staff, both academic and non-academic. Some Academic Staff of the University also secured international grants for research and training purposes. All these could be said to have contributed to the highly motivated nature of AUI staff.

Professor Afolami will be sorely missed. A formal valedictory and handover ceremony will hold on Tuesday, 29 September, 2020.