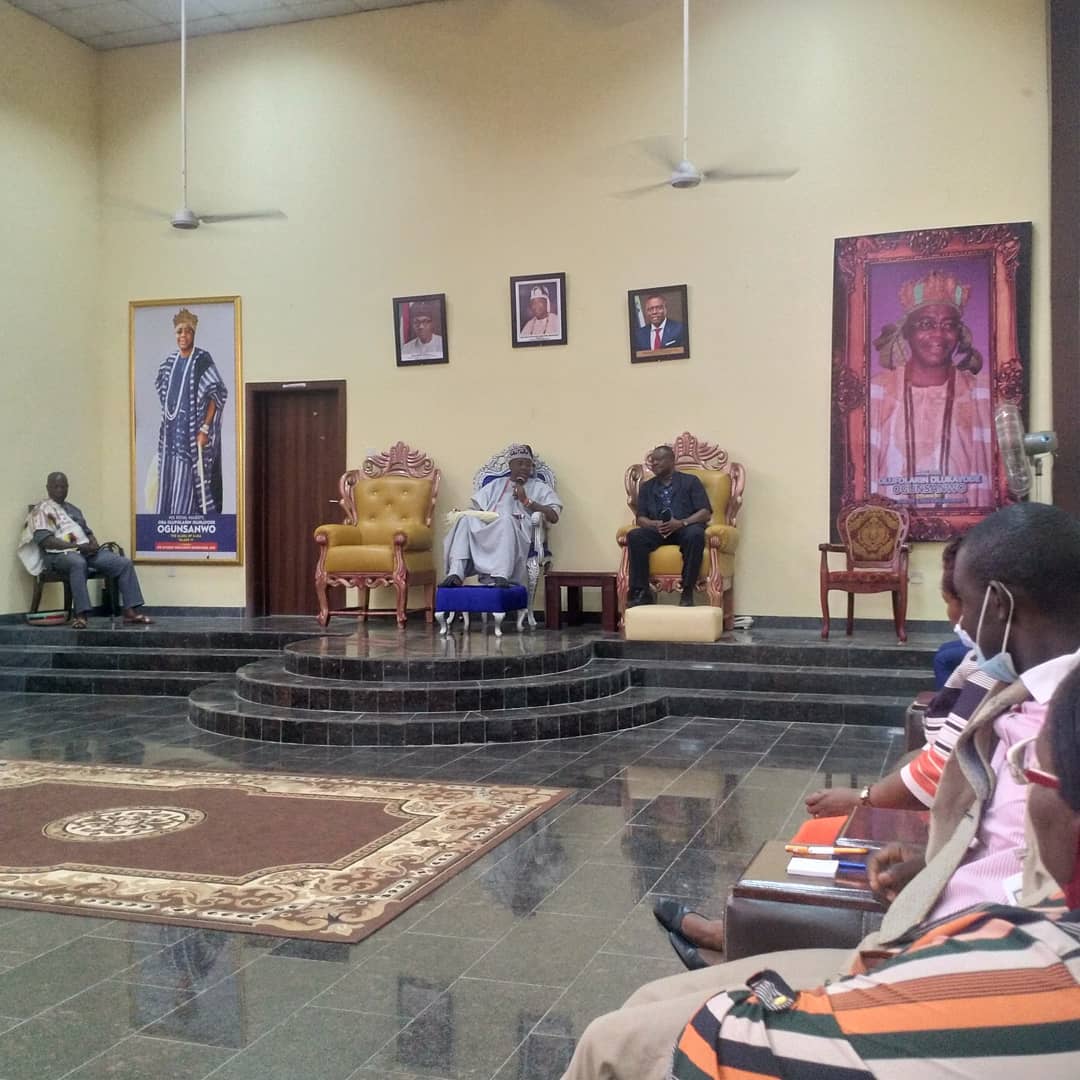 VC, Registrar and Others Attend the 1st Coronation Anniversary Lecture of the Alara of Ilara

The Alara of Ilara, His Royal Majesty, Oba Olufolarin Olukayode Ogunsanwo celebrated his one year coronation anniversary in August 2021. As part of the events to commemorate the anniversary, a lecture was held in the Convocation Hall of Augustine University on Tuesday, August 17, 2021. The lecture was delivered by a Professor of History, Professor Siyan Oyeweso. The lecture titled “The Relevance and Resilience of Traditional Institution in Nigeria in Time Perspective” examined the roles of traditional leaders in the development of Nigerian politics, from the pre-colonial and the colonial eras. Professor Oyeweso traced the history of the Alara title pointing out that it was one of the recognized chieftaincies in the old colony province. He underscored the importance of the roles that traditional rulers play in the modern society. The roles highlighted include the preservation of culture, maintenance of peace in their domains, advocacy and serving as rallying point for the people in their communities.
Furthermore, the lecturer advocated for the establishment of an Academy for Traditional Leadership in Lagos State to cater for the needs of kings-elect. He said that the aim of the Academy would be to teach the kings-elect the origins and customs of the people of Lagos state. The academy, according to Professor Oyeweso, would comprise of local historians and other individuals versed in the traditions and customs of the people. The lecturer advised that traditional leaders should be non-partisan and desist from unwarranted patronage of the political office holders for their gains. The lecture had in attendance the Vice-Chancellor of Augustine University, Professor Christopher Odetunde and other Principal Officers, along with some dignitaries who graced the occasion.