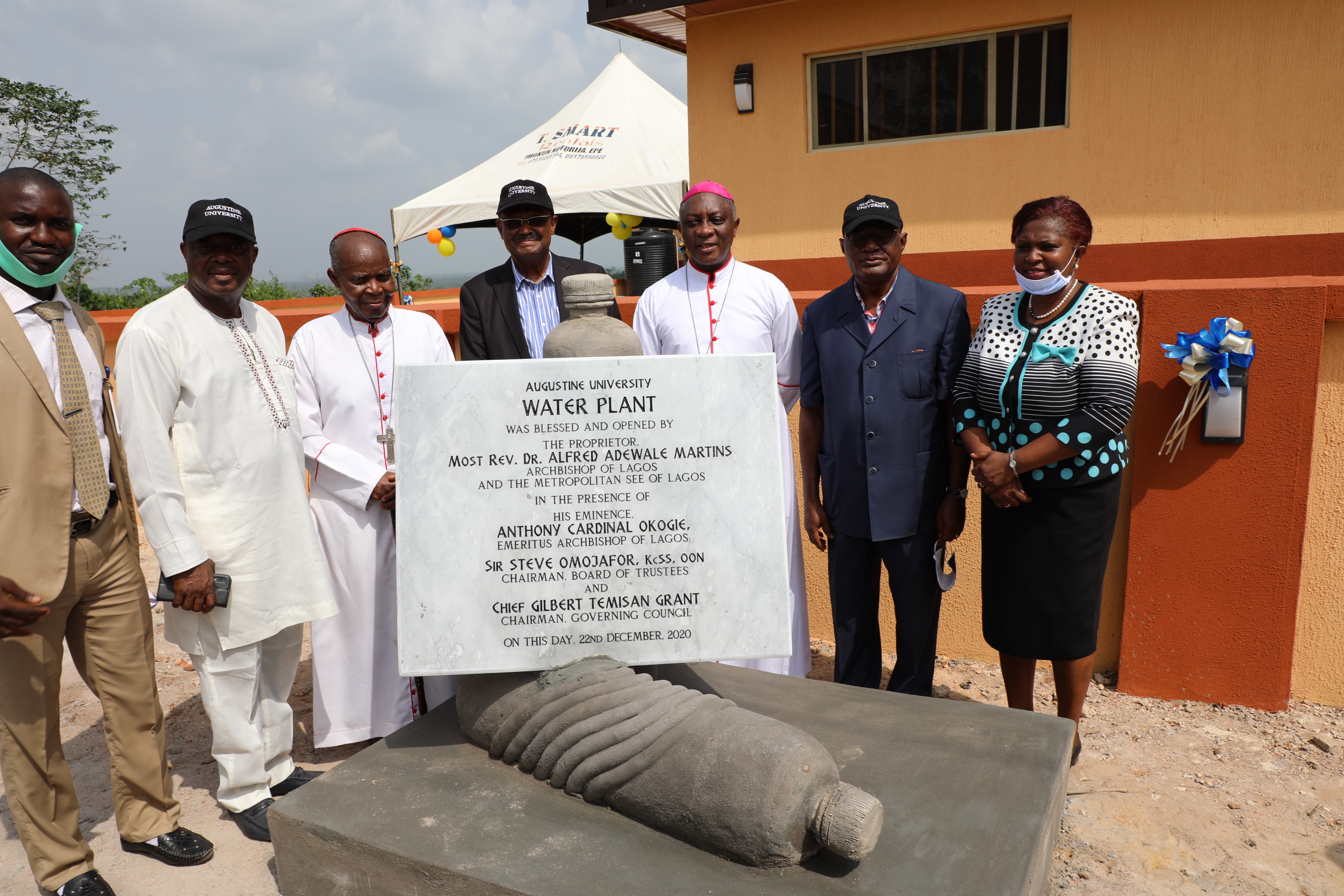 The formal commissioning of a state-of-the-art Bottle Water factory in Augustine University held on 22 December, 2020. This was a major developmental stride since the University commenced academic operations. The project which was donated by the Visionary of the University, His Eminence, Anthony Cardinal Olubunmi Okogie was part of a self-sustenance and internal generated revenue initiative for the Institution.

The Vice-Chancellor, Professor Christopher Odetunde in his remarks, thanked the Proprietor and the Cardinal as well as the entire body of the Archdiocese of Lagos for the Project which was a great gift to the University. He further assured the donors, especially the Cardinal that the water factory will be maintained and sustained.

Cardinal Okogie in his address appreciated the Proprietor of AUI for this unwavering support throughout the entire construction stage of the project with its attendant challenges which at a point almost led to its abandonment. Cardinal Okogie stressed the importance of water as one of the basic necessities of life. He thanked the pioneer Vice-Chancellor, Professor Steve Afolami whom he said conceived the idea of the water project. Cardinal Okogie urged that the project should be a catalyst to do more for AUI either individually or collectively. According to him, “leaving behind a great legacy should be paramount in everyday lives of individuals” The Cardinal advised against the spirit of selfishness which is pervasive in our society while urging everyone to learn the act of investing in the lives of people for the better.

The Proprietor, His Grace, Archbishop Alfred Adewale Martins in his remarks, thanked the Cardinal for his doggedness and fatherly care towards the growth of Augustine University. He appreciated the efforts of those that supported the project while urging that the factory should be well maintained by the University community to the glory of God and service to humanity.

AUI’s Pro-Chancellor and Chairman of Council, Chief Gilbert Grant appreciated the efforts of the Cardinal and Archbishop as well as all those who donated to the project.

He admonished the Vice-Chancellor to see to the full utilization of the water factory in meeting the needs of the University community and by extension, the Ilara town. He also appealed that the facility be maintained so as to serve its purpose for a very long time.