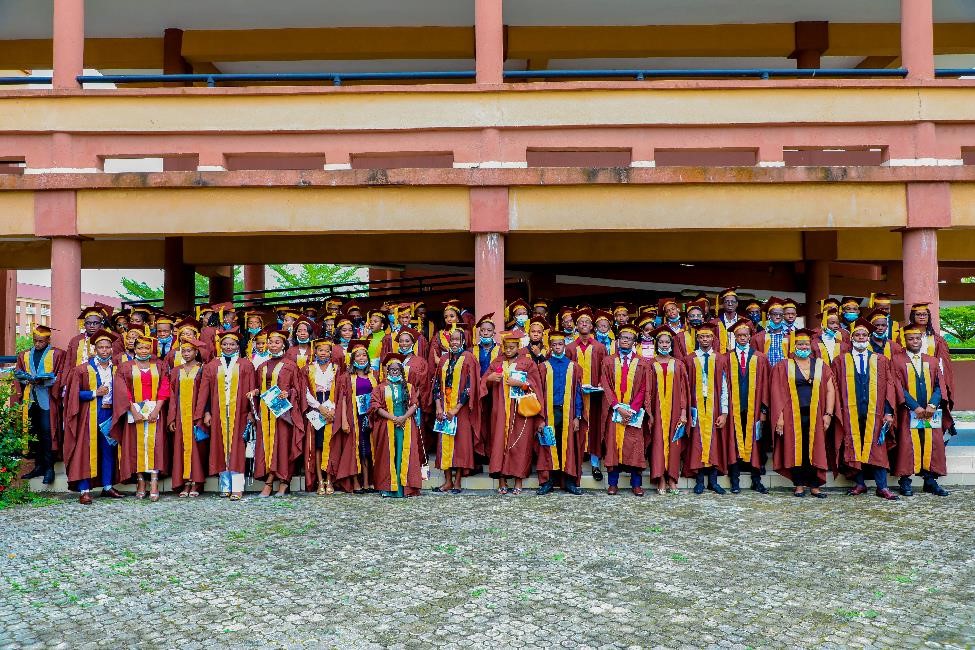 Augustine University (AUI) matriculated 91 students at the 6th Matriculation Ceremony which held on Thursday, April 22, 2021 in the Convocation Hall of the University.

At the Ceremony, the Vice-Chancellor, Professor Christopher Odetunde, while giving his welcome address said the nation needs value reorientation. He maintained that the school was focused on producing students who will be excellent in character and academic performance. “We do not build students who will only excel academically. Our nation, Nigeria, needs a value reset. We hope that during your time here, you learn the importance of having the right values and attitude that will help build this nation and take it to greater heights.”

He added that “Let it be known that Augustine University does not measure academic excellence by CGPA alone, but by the totality of performance taking into     consideration AUI’s motto of ‘Learning and Character’. You must reject the null hypothesis of peer pressure, cultism, drug abuse and any tendency to cheat both academically and socially,”

He also revealed that as part of the efforts of the University to encourage the inculcation of good values, Rev. Fr. Patrick   Obayomi sponsored an annual award for the Best Behaved Student (male and female) with the sum of N100, 000 each.

While delivering the matriculation lecture titled “Education: The tonic of life,” Prof. Adeseko Ayeni, noted that the importance of education cannot be over-emphasised. He opined that the lack of education leads to poverty of different types.

“A nation that does not give education its pride of place in the scheme of things is on its way to destruction. The lack of education leads to poverty of different types, “he noted.

45 students, with Cumulative Grade Point Average of 4.00 and above were recognized during the Ceremony for their outstanding academic result at the end of the 2019/2020 Academic Session. Those on the Vice-Chancellor’s List had a Cumulative Grade Point Average (CGPA) of 4.50 and above, while those on the Dean’s List had a CGPA between 4.00 and 4.49.