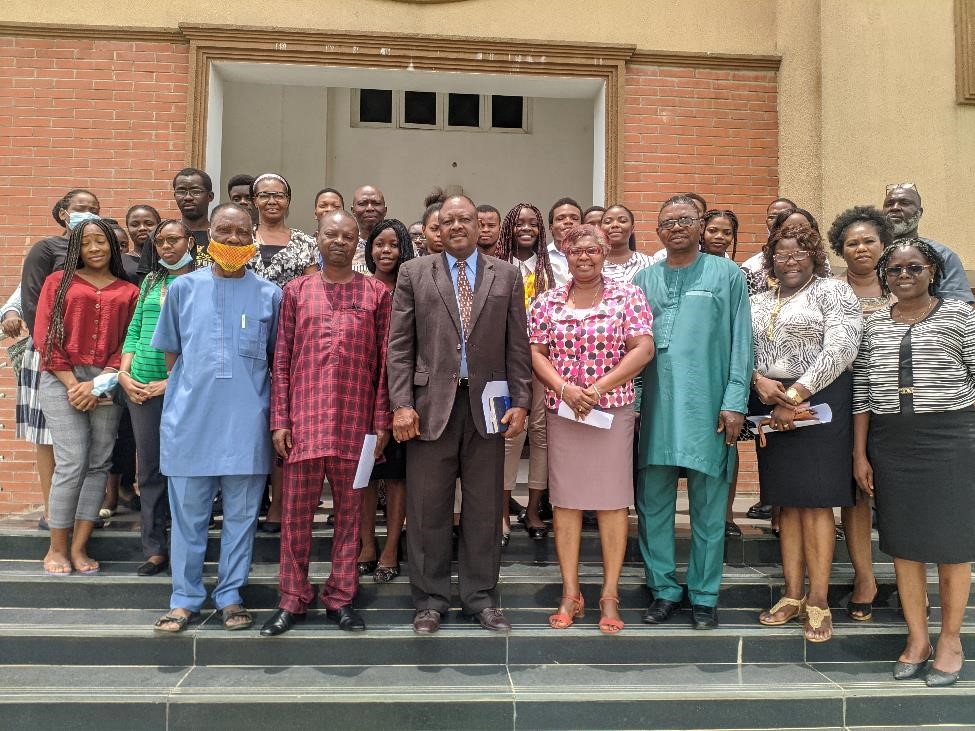 The newly approved Department of Mass Communication and Media Studies of Augustine University inducted students who were admitted into the department on Tuesday, 27 April, 2021. The induction ceremony was attended by the Vice-Chancellor, Professor Christopher Odetunde; the Registrar, Mrs. Margaret Aziba; the University Bursar, Mr. Sunday Alabi, Deans of the two Faculties, Professor Joseph Omoregbe and Professor Adesola Ajayi; the Acting Director of Academic Planning, Dr. Daniel Ogbeide and the Acting Dean of Student Affairs, Dr. Rukewve Olughor as well as senior staff of the University.

In his opening remarks, the Acting Head of Department, Dr. Tayo Popoola said the purpose of the orientation was to let the students of the department know what the University expected of them. He said “Augustine University wants you to be journalists of integrity”. He added that they must possess the ability to listen and be committed to checking facts to ensure that all they write is in line with the ethics of the profession.

The Dean of the Faculty of Humanities, Management and Social Sciences, Professor Joseph Omoregbe appreciated the Vice-Chancellor for ensuring approval was given by the National Universities Commission for the take-off of the Department. He acknowledged the role of the Acting Director of Academic Planning, Dr. Daniel Ogbeide for his tremendous efforts in the materialization of getting approval for the department. He congratulated the pioneer students of the department and expressed his belief that they will live up to the ideals of the department.

In his address, the Vice-Chancellor appreciated the efforts of everyone who was instrumental to the commencement of the department. He reminded those present that Mass Communication was about telling the truth and ensuring there was integrity in the profession. He challenged the students to stand up for the truth and always think of how to help Nigeria.